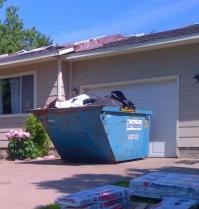 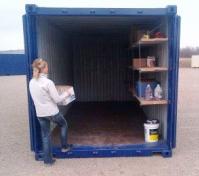 MER, INC. (TKI) Since our beginning, Tom Kraemer, Inc. (TKI) has undergone various transformations and changes, but one thing has remained the same the Kraemer family commitment to customers, quality, and professional service.

The history of Tom Kraemer Inc. began in 1938 when Albert Kraemer started Kraemer Dray Line, hauling freight for the Burlington Northern Railroad and various other companies in the area. Albert decided to expand the services in 1943 and began a refuse service, collecting refuse on Saturdays in the city of Cold Spring, Minn.

Albert sold Kraemer Dray Line to his oldest son, Jim, in 1970. That merger began Kraemer Trucking and Excavating, which continued to expand and grow. In 1977, the services split when Jim's younger brother Tom purchased the garbage route and called it Town and Kountry Sanitation.

From humble beginnings, the company quickly expanded to become one of the largest sanitation companies in the area. Tom Kraemer Sanitation was the first garbage company in the country to use volume-based pricing and one-stop pickup.